In our last post we focused on keyword selection and strategy on Apple Search Ads (ASA) as it related to our app as well as those keywords we want to target to keep both branding and increase audience. Now, we’ll cover how to manage Campaigns, Ad Groups and optimize the bid process so we can win every search on ASA. I should clarify we are only talking about Search Results Campaigns. In a later post, we will dissect Search Tab Campaigns and how to strategize with them.

First, it’s important to understand what Campaigns, Ad Groups, and Bids are as they relate to ASA.

Most of these concepts have been pretty ubiquitous for online marketers for years but it’s important to note that each of these have their own special interaction with ASA.

Campaigns are the basic structure you will use to organize all of your advertising spend with ASA. It is certainly possible, although you shouldn’t, to create one Campaign, put all of your keywords and budget in it, and just leave it. It’s easy to see that scenario as incredibly inefficient and ineffective, although starting from this is a good way of learning more effective strategies.

First thing is to decide on a more specific target audience and weigh how much spend you want to use to acquire them. Currently, people who are directly looking for our app are grouped up with people who are searching for unrelated terms as well. We want to separate out our Campaigns because it’s clear those searches directly for our app will have a higher conversion rate and thus will be worth more to us.  We want to make sure we can fine tune our spend on those to maximize the Return On Ad-Spend (ROAS). Other demographics can be broken out based on location where you may want to target people in Asia or Europe differently or we can target iPhones with a different spend than iPad.

ASA suggest breaking down your Campaigns into four different types:

Let’s take our starting Campaign and break them into those four categories. We already went over keywords so I’ll keep them simple here although you will want to develop a strategy for them that fits along with your Campaign strategy.

With a bit of planning and strategy we can easily get better performance and ROAS off the same spend overall as the original Campaign. Now let’s move on to Ad Groups and how they factor into Campaigns and can further fine tune our strategy.

An Ad Group, as defined above, holds the demographics we are wanting to target as well as our scheduling and budgeting information. Campaigns need an Ad Group to function but a Campaign can be made up of more than one Ad Group with completely different targeting and budgeting. Let’s take that “Brand” Campaign and dive into why we may want to separate out and have multiple Ad Groups as a part of it.

So in this scenario we are grouping all of the people searching on our Brand keywords and are willing to spend the same amount on Max Cost-Per-Tap (CPT) on all of them. Let’s say we have an educational app and know that the audience that will be most interested in downloading the app are parents 20-30yrs old in the US. Meanwhile, we can adjust other Ad Groups’ spend to something more optimal.

So now we have one Campaign targeting the same keywords but have broken out our audience amidst two ad groups and adjusted our spend accordingly.

When it comes to bids within ASA, the most important concept is competitiveness. Visualize your app as if you are in an auction house with thousands of different apps both alike and different from each other. Compound that with each different app having multiple Campaigns bidding at the same time and you can see this is a very crowded room. Without some sense of clarity it isn’t hard for a Campaign to wildly overspend, underperform, or even worse have two Campaigns for the same app compete against each other. Unlike auction houses though, it isn’t always the bidder that is willing to spend the most that wins because Apple’s auction algorithm is, best described as, “picky” and for good reason.

Apple has two interests when it serves up searches to be bid on: CPT  and ad relevance. For CPT it’s simple that the Campaign willing to pay the most for the bid will show up first. Apple wants to make sure the search results are useful for the user doing the search. Apple only charges when the user actually taps on the ad so they want to balance CPT with that ads relevance. Apple decides relevance with historical ad performance, reviews and ratings, and metadata. Therefore, maximize that relevance by making sure your metadata is sound and comprehensive. Also, consider prompts within your app for reviews and ratings from users as building that relationship directly increases your ability to show up in results.

Let’s look at what bid range and bid strength means in ASA insights and how they will shape how we design our Campaigns and visa-versa. Apple analyzes keywords and bids on current Campaigns and hand out suggestions for optimizations:

Both of these values are given by the ASA platform and are based on insights that Apple measures on their backend. These insights are extrapolated from user interactions with your ads, competitor performance, bid history, and more. As you create a Campaign, you will select the bid amounts which make up your range but remember it’s easy for you to overpay for taps on conquesting keywords if your maximum result is set too high. Apple is the big winner with keyword bidding wars so while their recommendations are definitely something you should factor in, make sure you keep your Cost-Per-Acquisition (CPA) in mind when setting the bid range.

Now that we have a good foundation on our bids and how we want to control our budget, in our next installment we shall feature ad variations and reporting for ASA. 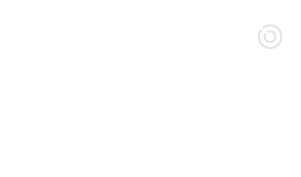